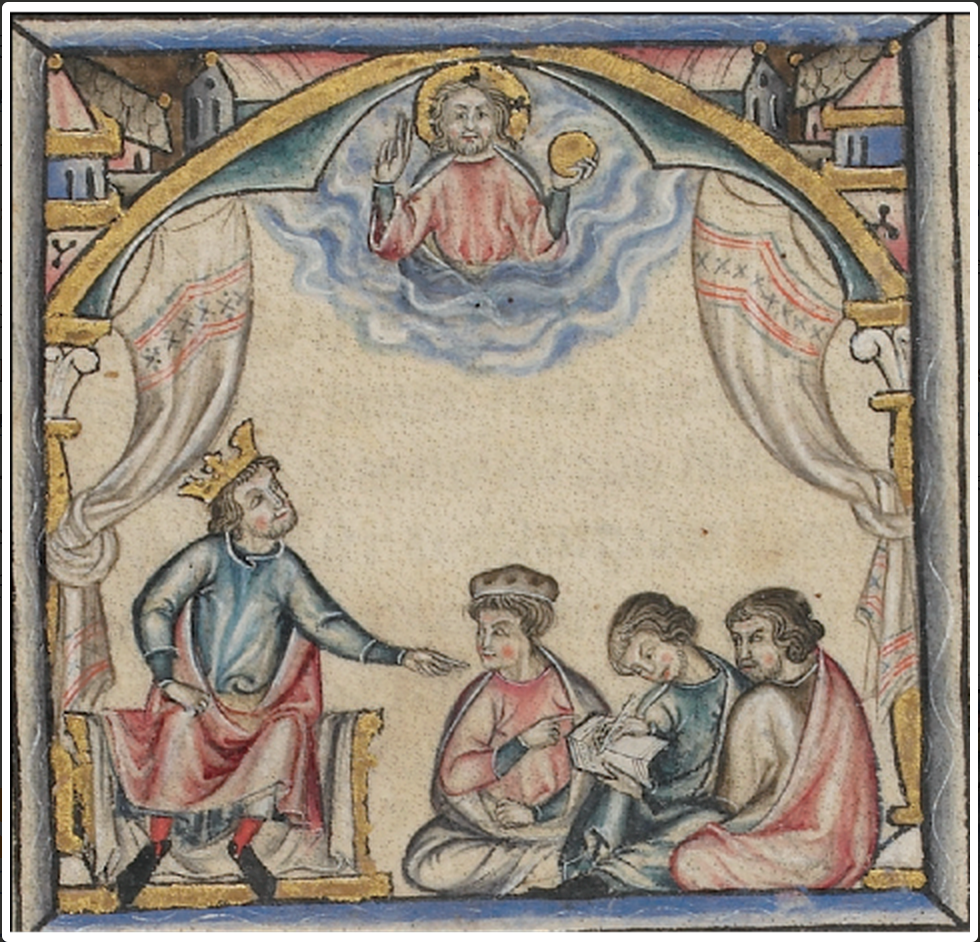 R + D + i project from the Ministry of Science and Innovation and the ERDF
FFI2016-75014-P AEI-FEDER, EU.
Main researcher: José Manuel Fradejas (University of Valladolid).

This project's long-term objective is to provide a critical digital edition of the Siete Partidas or "Seven-Part Code," the pinnacle of the legislative work of Alfonso X, byname the Wise (1221-1284), a series of legal texts produced throughout over thirty years, while his reign lasted (1252-1284). Among them, in addition to the Partidas, the Espéculo, the Fuero real and the Setenario can be found.

Actually, Alfonso X's immense effort in the field of Law was essentially aimed at the renewal of his kingdom's legal panorama (based so far on a variety of local jurisdictions and customs collections). His goal was to achieve legislative uniformity based upon the rediscovery of Roman law by Italian jurists, some of whom (like the infamous Jacobo de Giunta) had already worked at Ferdinand III's court.

In this context, the Siete Partidas are undoubtedly the great Alfonsine contribution to the history of Law. Drafted between 1256 and 1265 (at least their first version), they are an immense collection of laws (over 2,600) based on Roman Law, but also leveraging sources of very different origin (both legal and philosophical or theological) . Its encyclopaedic nature goes beyond mere practical functionality to become a true legal summa in which all areas of human life are addressed. Otherwise, it does not seem that the Partidas were enacted as law in the Alfonsine period, but almost a century later, in the times of Alfonso XI (mid-fourteenth century). Their relevance in Hispanic culture is backed by the fact that it was the legislative code in force in Latin America until the 19th century, making it to the new American countries' ones.

Apart from that, the manuscript transmission of the Siete Partidas is extremely complex, with several versions and dozens of manuscripts preserved, both complete and partial. This has been the main reason why we do not yet have a critical edition of the full text despite the three editorial initiatives carried out so far, due, respectively, to Alonso Díaz de Montalvo (1491), Gregorio López (1555) and the Royal Academy of History (1807).

For our part, in this first phase of the project (2017-2020) we have set the following specific goals: